Vote for the Sports Club of Novi!

Hey gang, the gym where I train at, The Sports Club of Novi, is trying to win the WDIV Click on Detroit Best Gym Award. You can help us win the title by casting your vote for us here:

http://wdiv.cityvoter.com/contests/4-the-best/4739/health-and-fitness/gym
Posted by Jimi Varner at Wednesday, July 22, 2009 No comments:

Getting Rid of Belly Fat!

Getting Rid of Excess Belly Fat

Sit-ups will not get rid of belly fat because you cannot
get rid of fat in a certain area just by exercising the muscles
underneath that fat. You will lose the most belly fat by exercising
intensely in any sport (Medicine and Science in Sports and Exercise,
November 2008). Three groups of overweight, middle-aged women who
suffered from Metabolic Syndrome completed 16-week programs of:
(1) continuing their existing levels of activity with no change;
(2) low-intensity exercise training five times a week at a level
that did not cause breathing hard; and (3) high-intensity
exercise training with three days a week hard enough to become
short of breath and two days a week at an intensity not becoming
short of breath. Cat scan X rays and air displacement
plethysmography studies showed that the high intensity exercisers
lost belly fat, both underneath their skin and inside their bellies.
The low-intensity exercisers lost no measurable belly fat.
Storing extra fat in the belly causes people to become
diabetic. Full fat cells produce hormones that prevent the body
from responding to insulin so that blood sugar rises too high,
causing sugar to stick to cells and damaging cells anywhere in the
body. Those who store fat primarily in the belly are the ones most
likely to suffer high rises in blood sugar. If you store fat
primarily in your belly, have high blood levels of triglycerides
and sugar, and low levels of the good HDL cholesterol, you meet the
definition of Metabolic Syndrome and the odds are that you are
diabetic, or will become diabetic soon. You are likely to suffer
a premature death unless you make major lifestyle changes: lose
weight, exercise, avoid refined carbohydrates (except during
exercise), and make sure you get enough vitamin D.
Exercise can cause heart attacks in people with blocked
arteries, and intense exercise increases the risk. Almost
80 percent of diabetics die of heart attacks. Check with
your doctor before starting a new exercise program or increasing
the intensity of your existing program.
Posted by Jimi Varner at Monday, July 20, 2009 No comments:

MetaCardio workouts on a track!

Okay Dads, I decided that all you fellow fathers who write in complaining that you have 'no time' to get to the gym for a workout, well, you needed a quick, not-so-easy, workout that you can do this summer while in your backyard. The following video is a real world situation that I found myself in this evening. Click on video to watch!

HIIT Training is the way to go!

This week, Norwegian researchers reported their findings
that high intensity interval training maximally improves every
conceivable measure of heart function and heart strength. It also
helps to prevent both the pre-diabetic metabolic syndrome and
the heart damage it causes (Exercise and Sports Sciences Reviews,
July 2009).
This is more evidence that older people who compete in
vigorous sports, such as biking and running, live longer and
suffer less disease than people who exercise at a more casual
pace. The most intense exercise includes interval training:
running or cycling very fast to become severely short of breath,
then resting and repeating these almost maximum efforts several
times in the same workout. Controlled interval training is now a
treatment for heart failure. High-intensity interval training
raises the good HDL cholesterol far more than less intense exercise
(Journal of Strength and Conditioning Research, March 2009).
Intense exercise for older people is still a controversial
subject, but these new results concur with many earlier studies.
Intense exercise is far more effective than casual exercise in
preventing and treating diabetes (Circulation, July 2008) and
reducing belly fat (Medicine & Science in Sports & Exercise
[MSSE], November 2008). Vigorous exercise protects obese
people from heart attacks and prolongs their lives, even if they
don't lose weight (MSSE, October 2006). Intense exercise is
more effective in preventing heart attacks than less intense
exercise done more frequently (MSSE, July 1997). Death rate
from cardiovascular disease is lowered by high intensity activities
such as jogging, swimming, hiking, tennis and climbing stairs, but
not by lower intensity activities such as walking, bowling, sailing,
golf and dancing (Heart, May 2003). Paul Thompson, of the
University of California at Berkeley, showed that the faster aged
runners run, the lower their blood pressure, cholesterol, and blood
sugar levels (Medicine and Science in Sports and Exercise,
October 2008).
Posted by Jimi Varner at Friday, July 03, 2009 No comments: 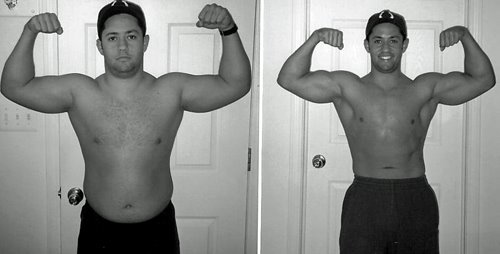 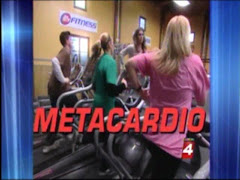 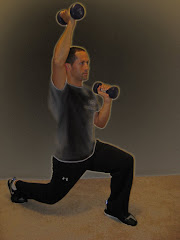 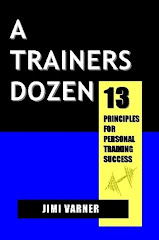 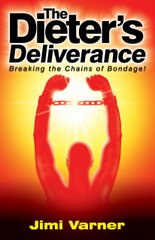